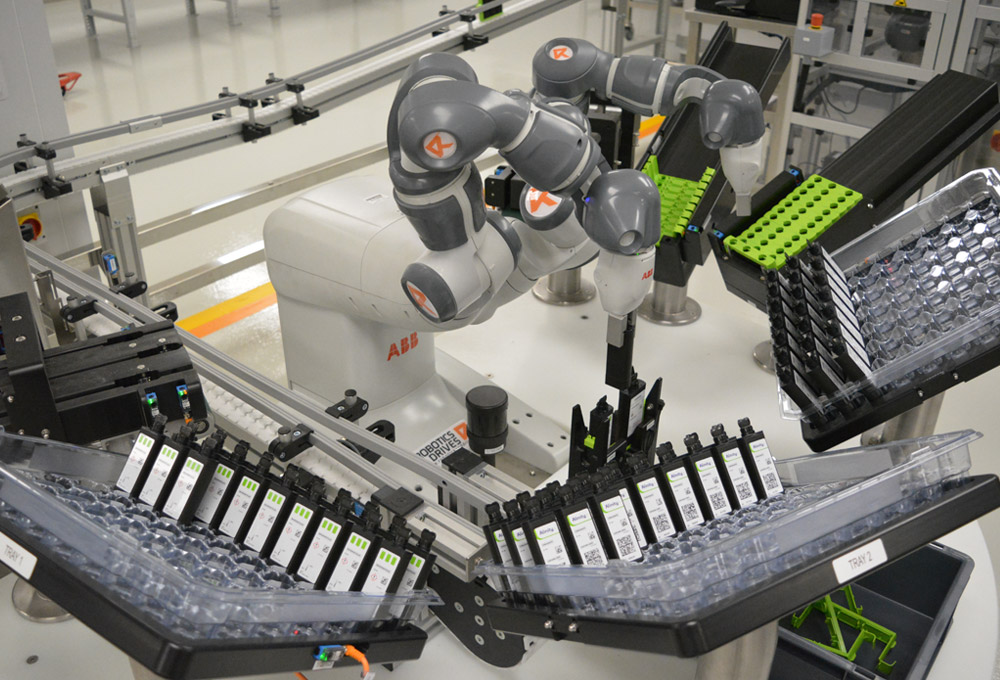 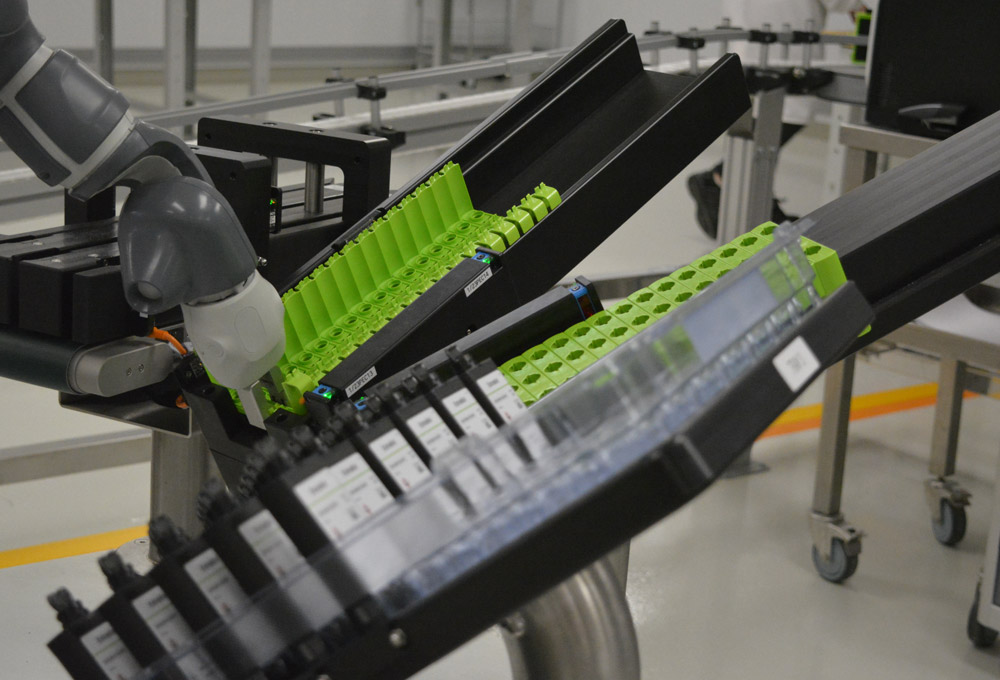 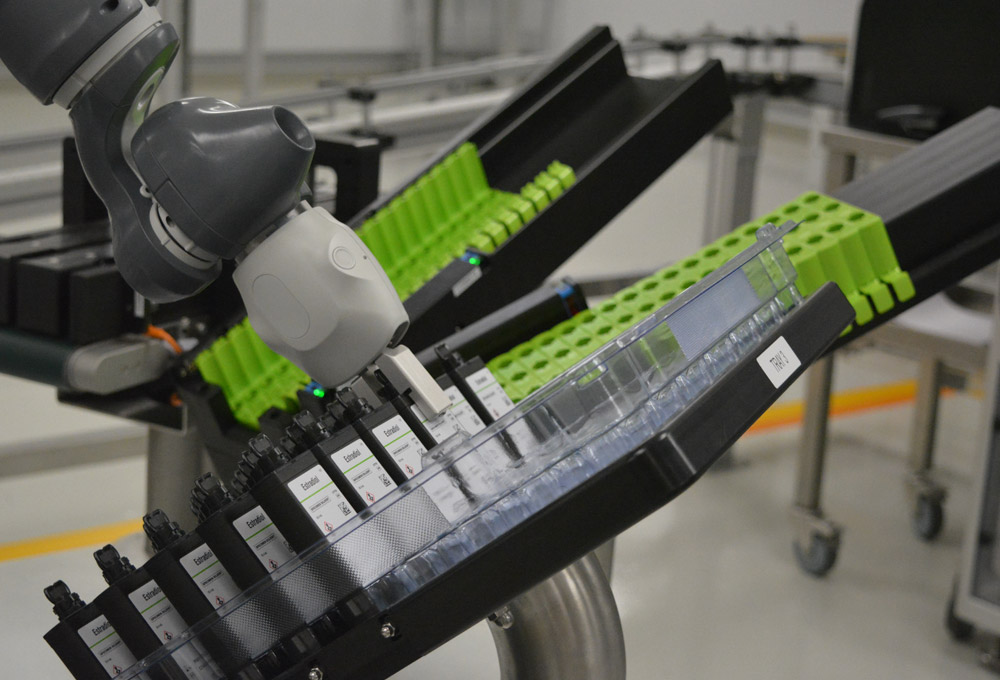 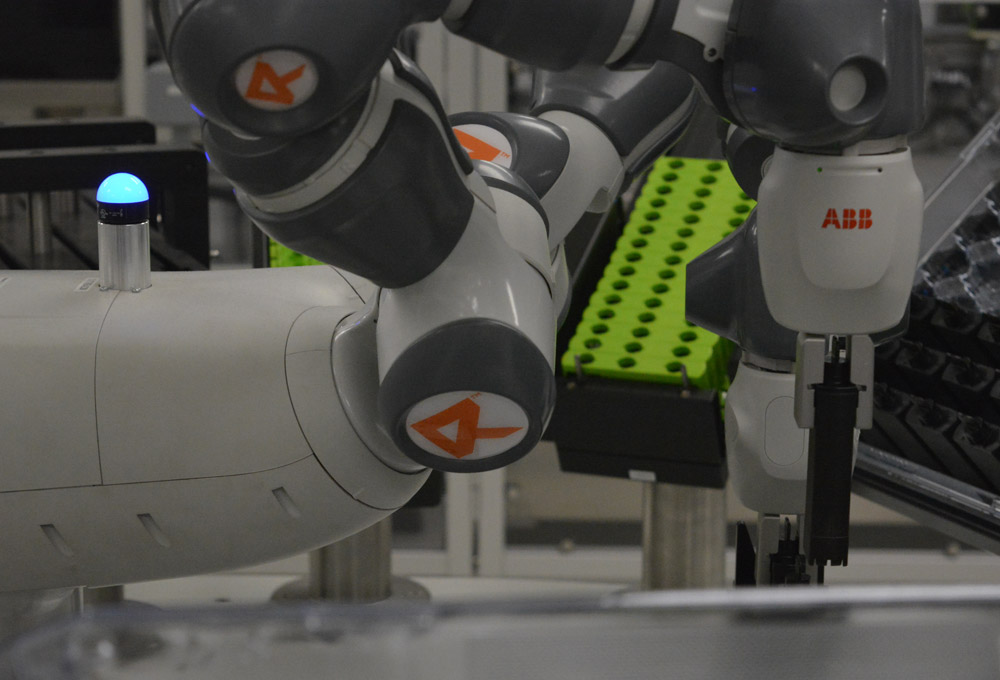 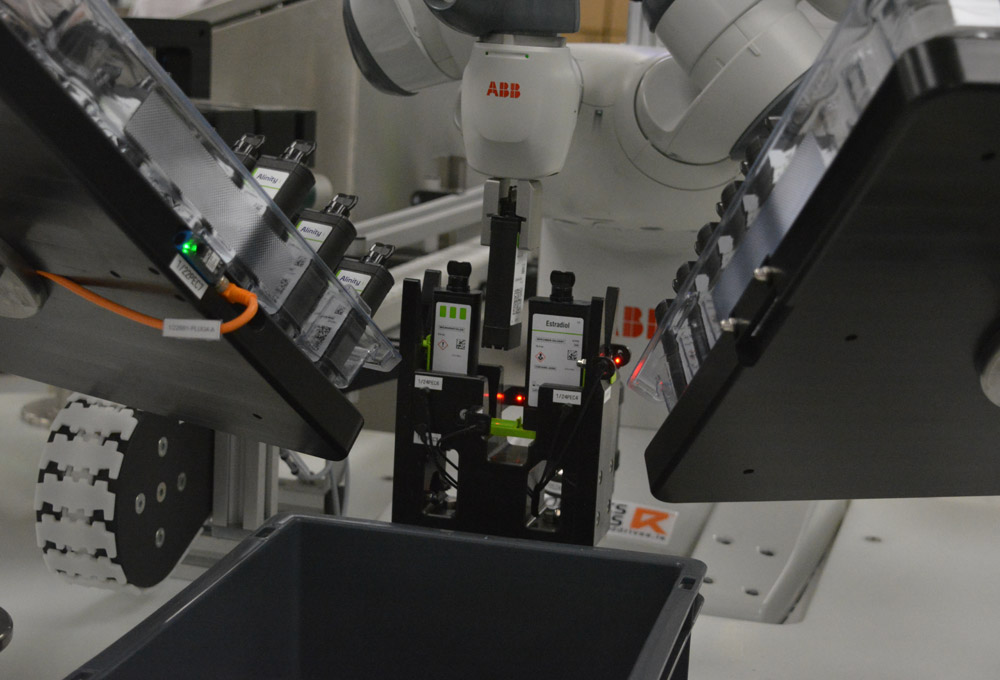 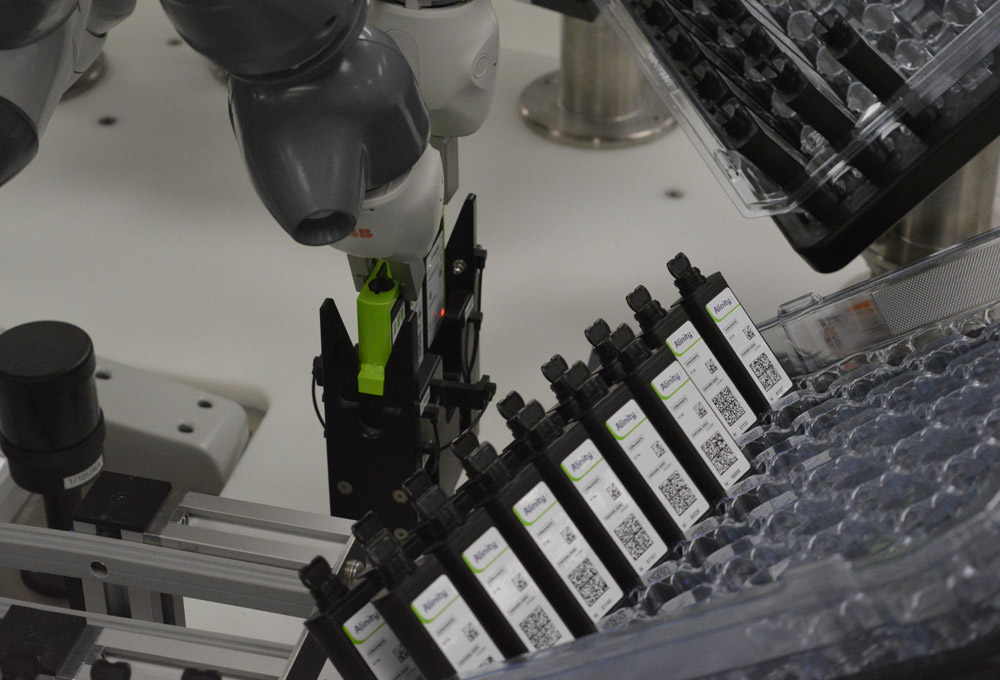 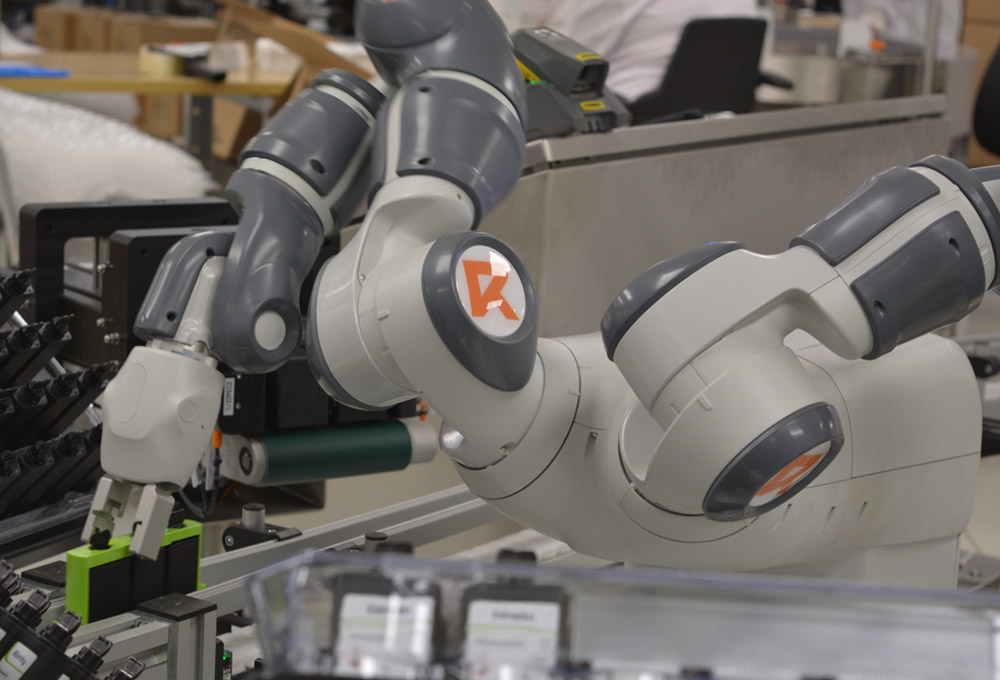 This collaborative robot system is an Assembly Cell.

This cell is capable of forming and constructing assemblies from any parts fed into the system using the ABB IRB 14000 YUMI Robot. Parts can be brought into the system by means of trays or conveyors for example. Within the payload of the robot, any parts and assemblies can be produced from this type of assembly cell. The cell can be tailored and personalised to customer requirements.

An example of an assembly cell is as seen. In-fed into the system is a two part frame, bottles and spacers of different sizes. The objective of this system is to assemble these parts into a variety of configurations that exist in the system’s programming. In this particular cell, parts are in-fed by means of trays and conveyor and assembled in the assembly nest. Once the assembly has been made, it is then placed on an out-feed conveyor and the robot is ready for its next cycle. The cell is of a small footprint, thus making it easy to be integrated into factory spaces. 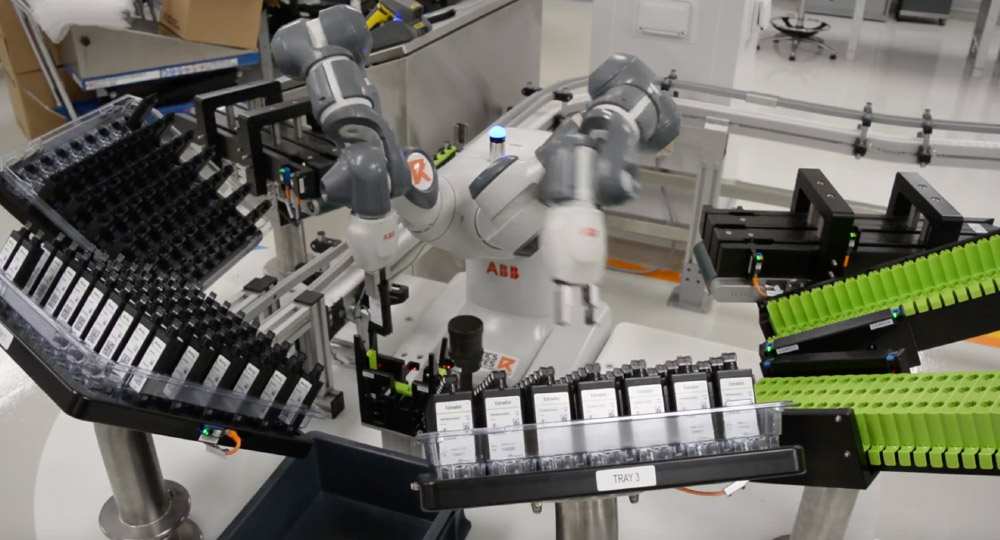